Home > The one with all the History

The One with all the History

Thicket Priory is packed with history, from before it was even built, to the family residence and the Carmelite Monastery most recently.

Let’s take a look at a few names and pieces of history here at Thicket Priory that you may not know about.

On arrival at Thicket Priory you will first see the clock tower standing proudly centre stage! 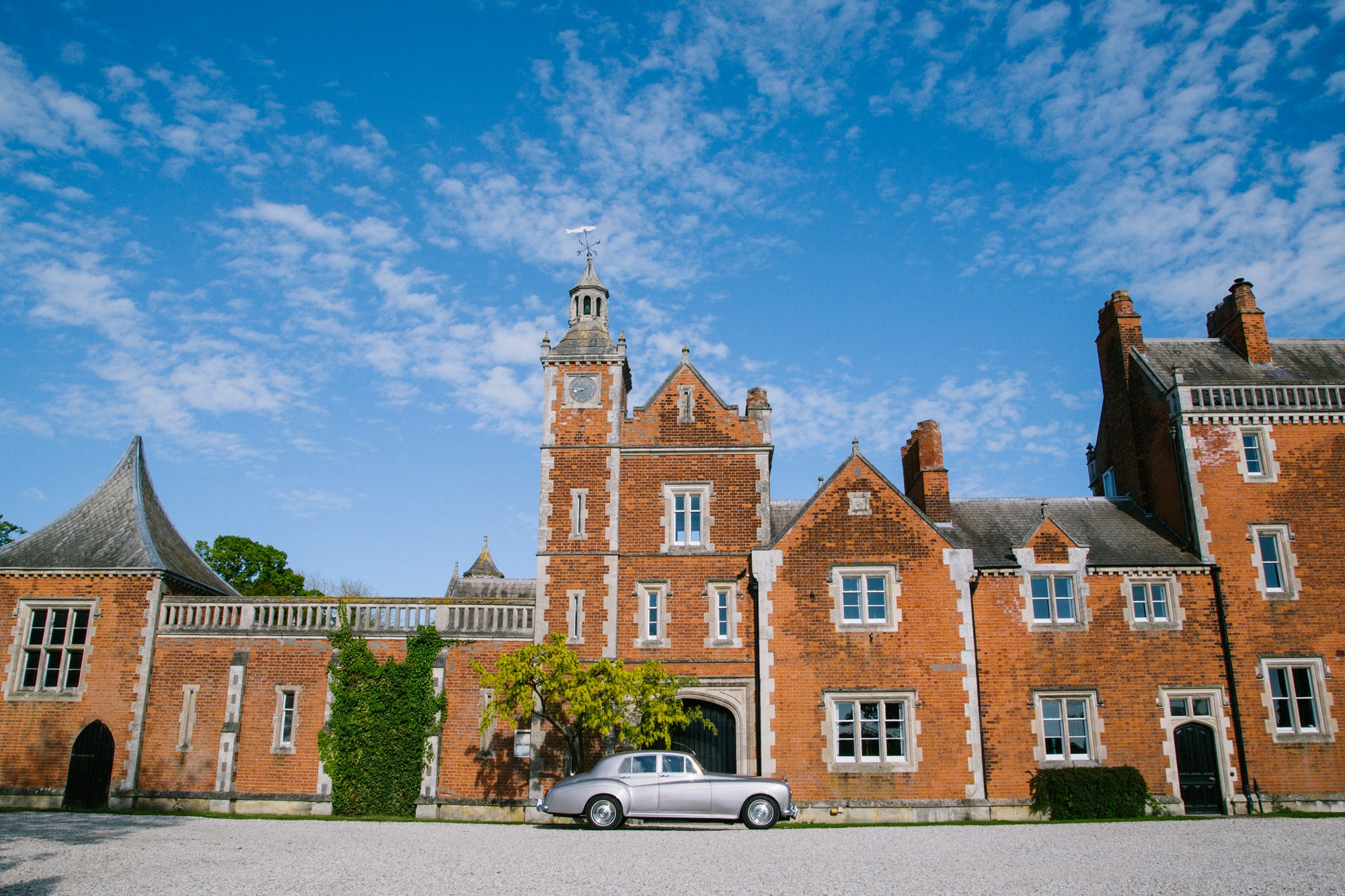 Recently we have had some scaffolding up to undergo some essential maintenance to the clock tower, the bell more specifically.

Around the rim of the bell, it reads “C and G Mears Foundry London “, who ran the Whitechapel Bell Foundry from 1844 until 1861. They made some notable bells including the Liberty Bell and Big Ben.

There are three large letters around the top of the bell, which looks like the initial of the original owner of Thicket Priory. J.D.J, Joseph Dunnington Jefferson. 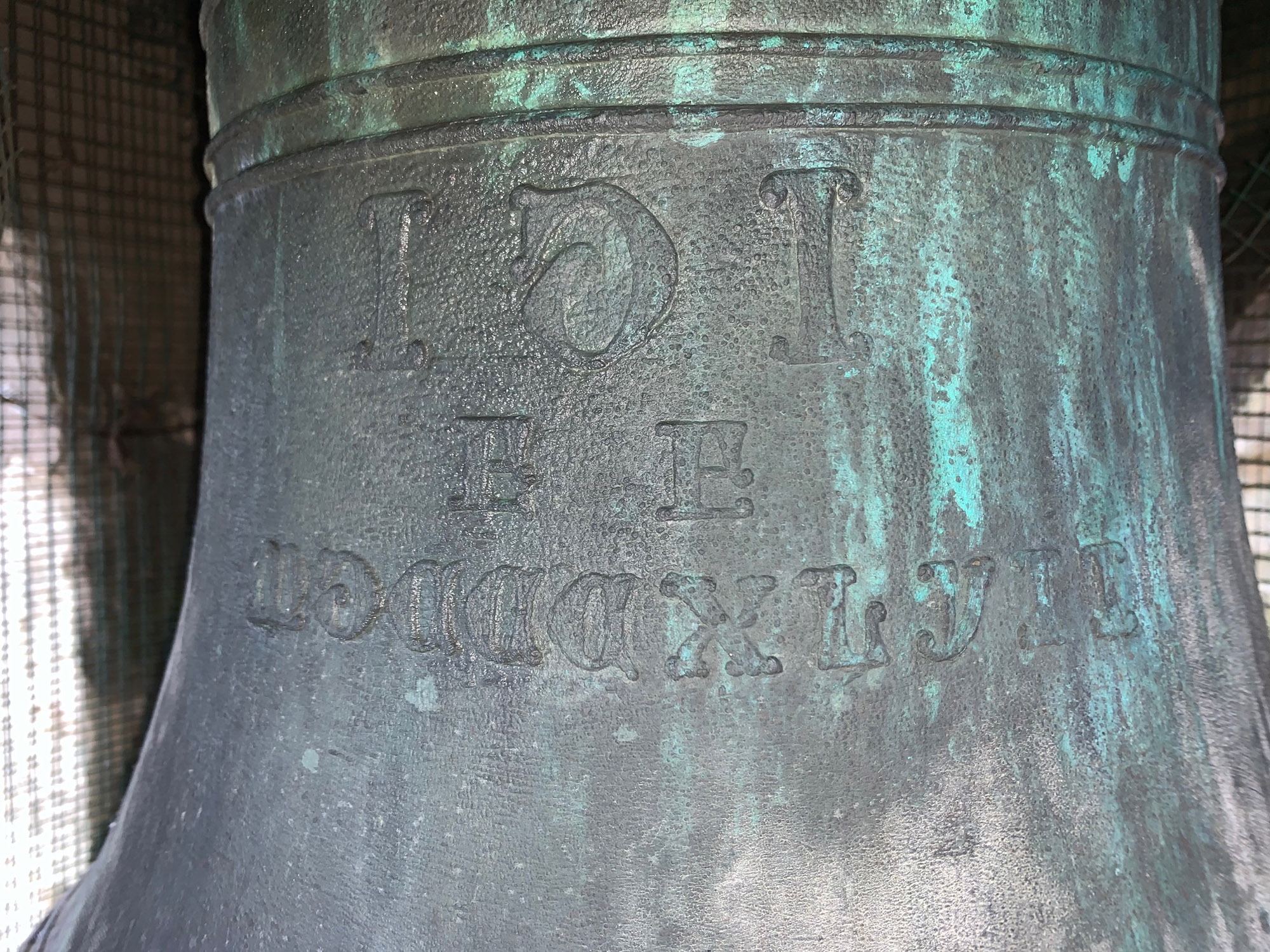 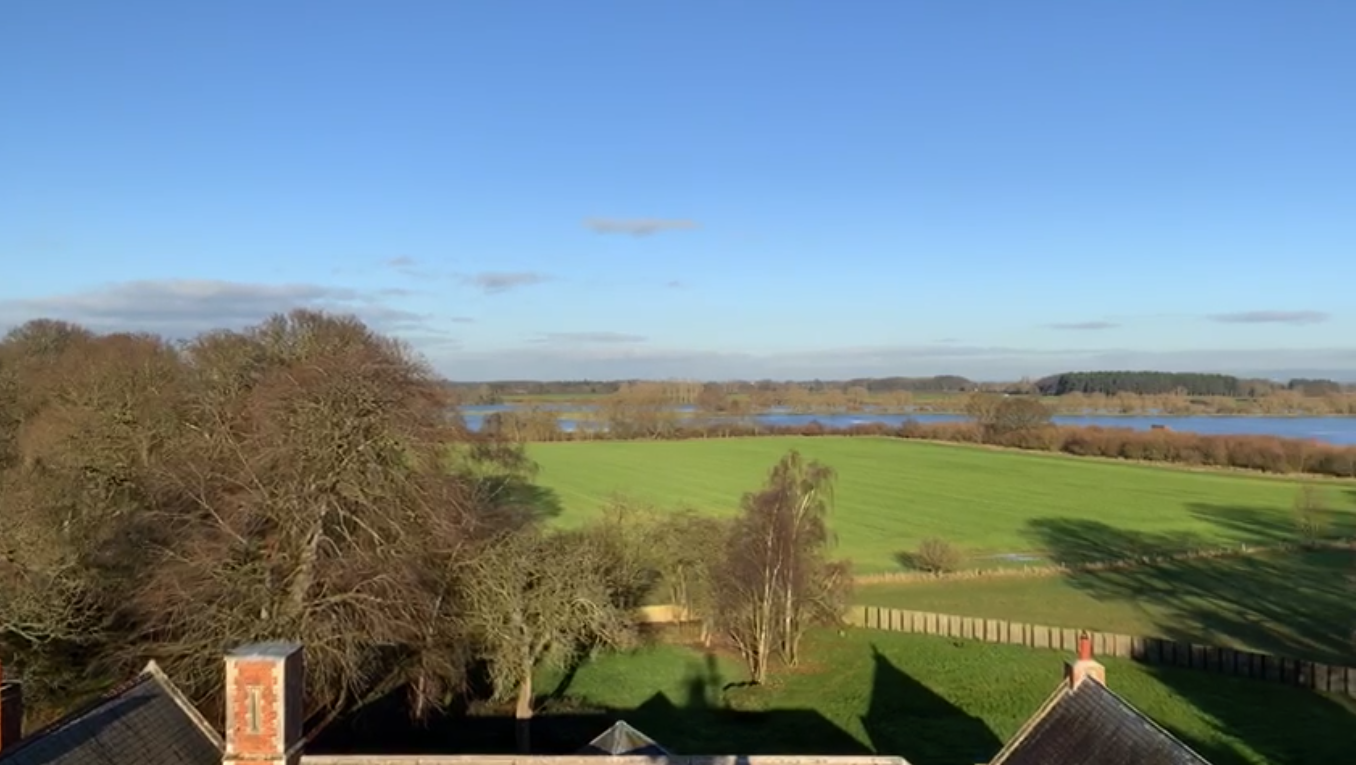 The clock maker was Benjamin Vulliamy, of Vulliamy London, meaning we have the prestigious pendulum hanging at Thicket Priory. If you’d like to know more about the clock maker, read more HERE. The intricate design of the mechanism is magnificent!
The views from the top aren’t to be sniffed at either! 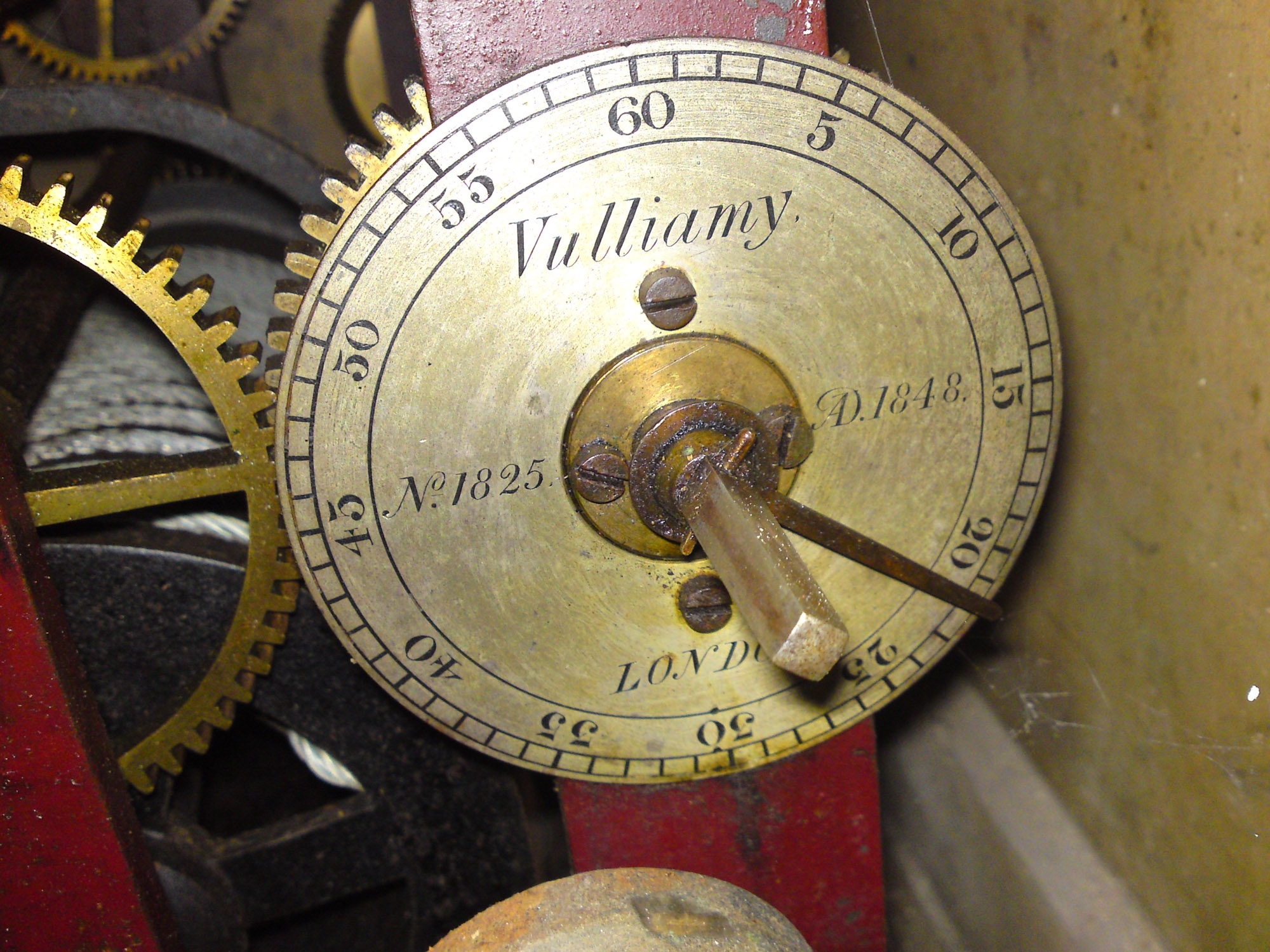 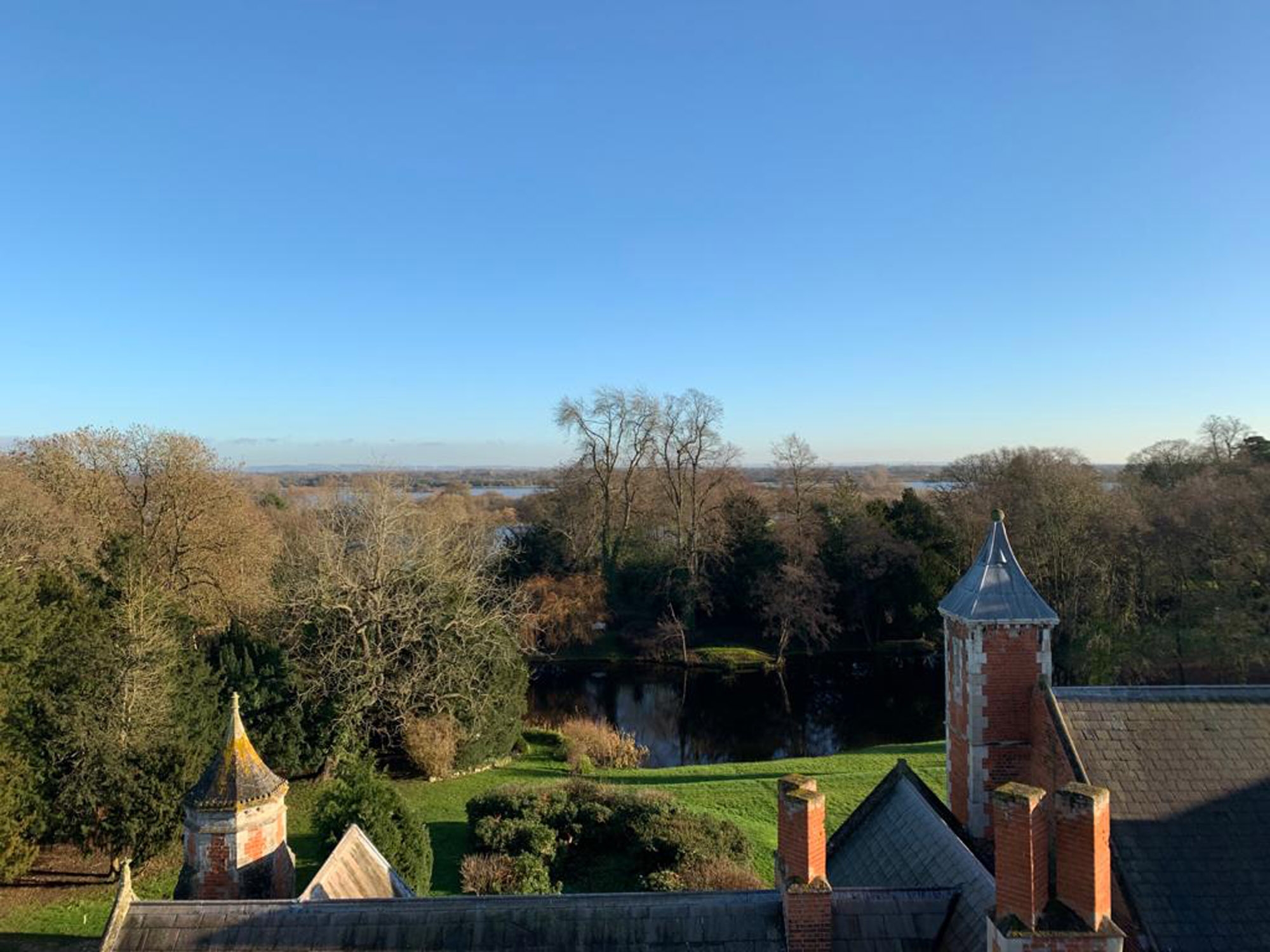 Joseph Dunnington Jefferson was married to Anne Vavasour, who came from Hazelwood Castle. Her father was Sir Henry Vavasour…which leads us on to the next piece of history!

We have recently acquired, on loan, a portrait of Sir Henry Vavasour. Darryll Buttery an old friend of Nicky Dunnington-Jefferson’s mother (Nicky is the granddaughter of Jospeh Dunnington-Jefferson).
Darryll has been looking after the picture for many years. 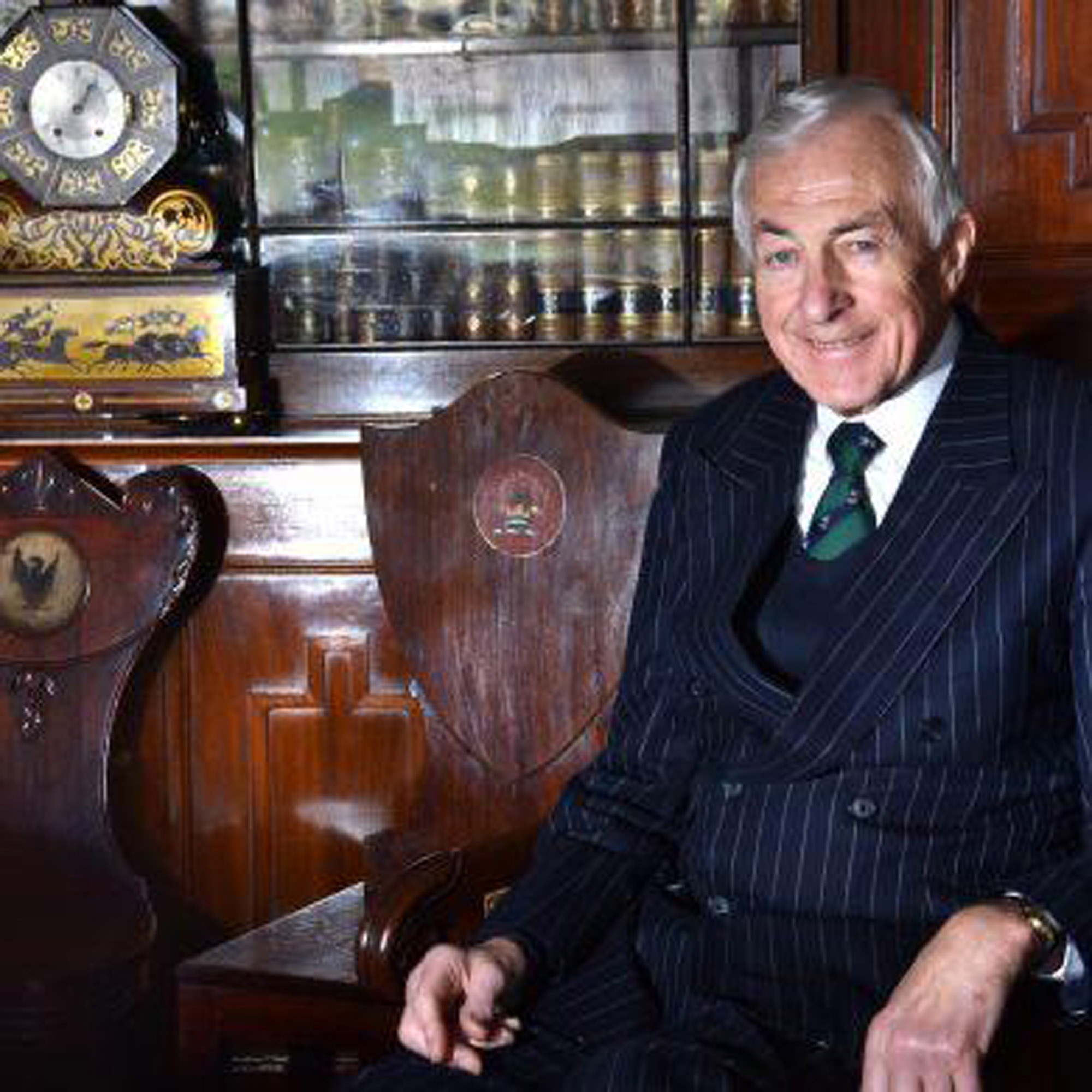 It previously hung in the Yorkshire Club on Lendal Bridge before the club closed over 40 years ago.

The artist is Sir William Beechey RA, who has painted some very characterful and lively portraits including many royal commissions.

Watch this space for the big reveal once the portrait has found it’s new hanging place at Thicket Priory!

Nicky Dunnington Jefferson was one of the last children to live at Thicket Priory before it then was sold to the Nuns and converted into the Carmelite Monastery in 1955.

Nicky visited us in 2019 and loved seeing that she had a bedrooms named in honour of her. It was very special to reminisce about her stories of childhood, from falling in the lake needing rescue from her nanny, to enjoying time with her family and many animals, including horses. 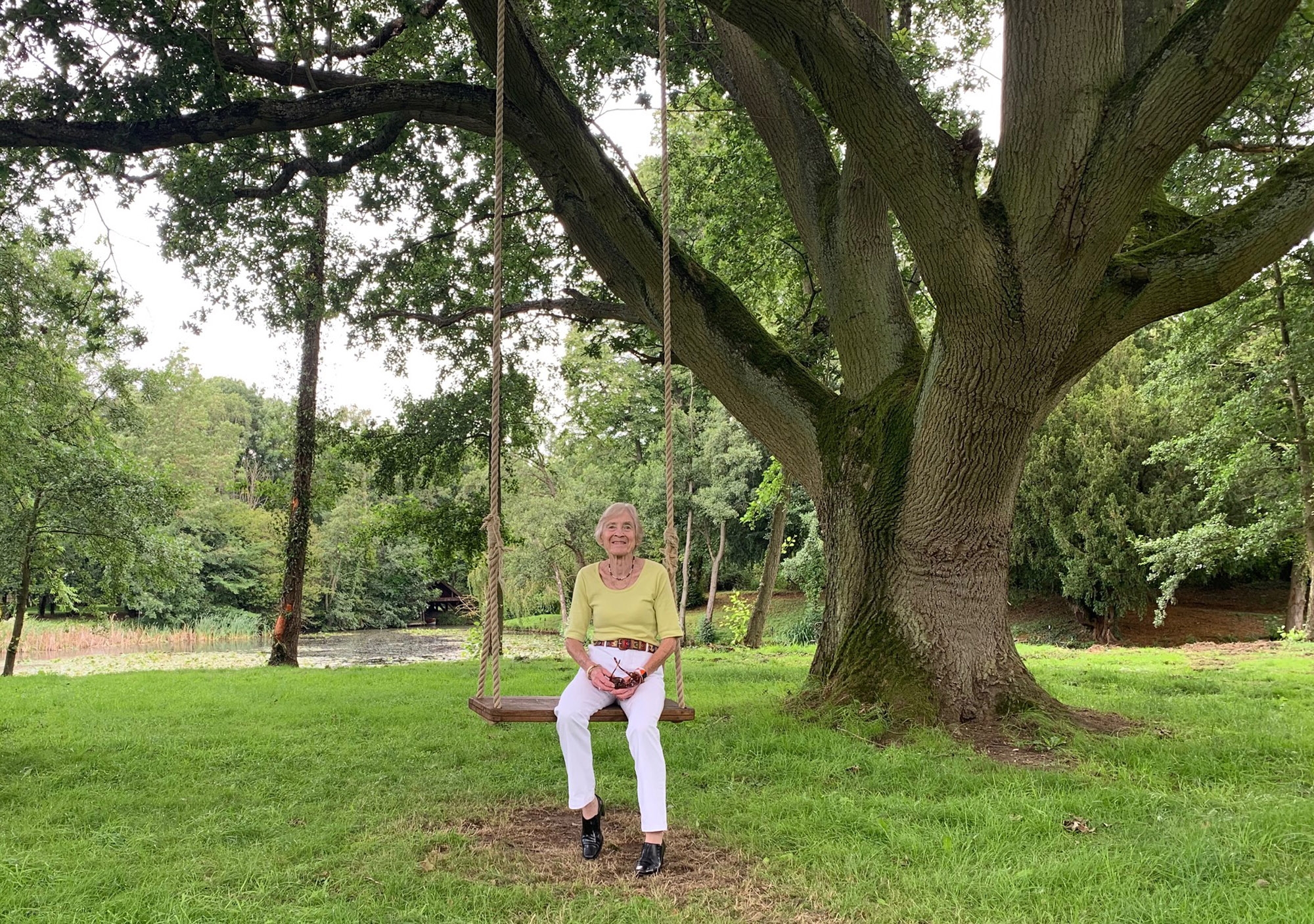 Photograph: Nicky and her brother Mervyn, with mother Frances and Father John.

Nicky’s bedrooms is one of my personal favourites, with it’s rolltop bathtub overlooking the gardens, four-poster bed, and wonderful bookcase in the bathroom! The whole team have their favourite rooms in the house….what’s yours? See their favourites HERE. I hope this has been an interesting read! If you’re interested in more of the History of Thicket Priory, check out the History page on our website or dive into another Blog!